Could you make it? 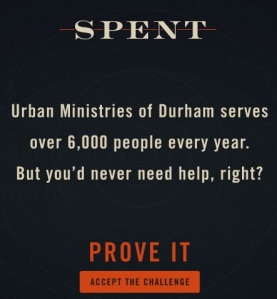 In the past twenty-plus years that I have been a working adult, there have only been two short periods of time in which I had full-time, above minimum-wage, benefits-earning employment. There are a number of reasons for this – the major one being that I did not have a college degree until I was 35 years old. I worked a lot of retail jobs or jobs where I took care of other people, often those who were vulnerable, such as adults in a group home or day care settings. My first full-time with benefits job was as a tailor for a major department store, so although I had benefits I still made only slightly above minimum wage and a huge portion of my earnings went to daycare expenses. Employment at most of my jobs meant working nights and/or weekends.  I remember when I first started my first full-time, post-MSW job in a child welfare organization and had weekends off and finally realized what everyone else meant by looking forward to the weekend.

Last night I had an appointment with a tax accountant. Last year was the first time I used a professional to complete my taxes. Just the idea of having the privilege of paying someone to do my taxes made me reflect on my employment history and what it means to be a middle-class person.

This past week, my friend and colleague Ericka tweeted about this website, a joint effort between McKinney and Urban Ministries of Durham called SPENT.

The aim of this interactive activity is to get people to think about homelessness and poverty and how, even trying to do the “right” things, a person can find themselves spiraling into poverty. Through SPENT, players are asked to make choices with their opportunities and money should they find themselves suddenly unemployed with only $1000 in the bank. Will they make it through the month with any money left?

I’ve been lucky – I had a partner who has always had stable employment and that helped. In addition, with the exception of when our daughter was born and we didn’t have enough insurance to cover the hospital bills which meant we were paying off hospital bills for years, for the most part since then we have been fairly healthy and have not had significant out of pocket health care bills. Somehow we always managed. There were times when between the two of us we worked four to five full and part-time jobs at one time in order to make ends meet; when we were hoped the $50 after paying our bills was enough to cover our expenses until next payday – like gas for our shared car (considering ourselves lucky if it didn’t break down); when I learned how to stretch our groceries, and only bought thrift-store clothing – and not because it was the “fashion” but because we had no other option.

I often wonder, when I encounter new MSW students, how many of them have personally known poverty. I wonder if they know what it is like be poor. I have been poor, but I have never been in poverty.

I love this interactive game, and I think it’s a brilliant combination of social media technology and social justice education. I think every BSW and MSW student should play this game and it should be required in social work programs.

© 2009-2021. This content on this web site is copyrighted. Content may not be republished, reprinted or repurposed without permission. Short excerpts and links are encouraged, but for permission to quote an entire post, please email me at jaerankim at gmail dot com.